The thickness of nonmetallic coatings on metal substrates can be determined simply from the effect of liftoff on impedance. This method has widespread use for measuring the thickness of paint and plastic coatings.

The coating serves as a spacer between the probe and the conductive surface. As the distance between the probe and the conductive base metal increases, the eddy current field strength decreases because less of the probe's magnetic field can interact with the base metal. Thicknesses between 0.5 and 25 µm can be measured to accuracy between 10% for lower values and 4% for higher values. Contributions to impedance changes due to conductivity variations should be phased out unless it is known that these variations are negligible, as normally found at higher frequencies. 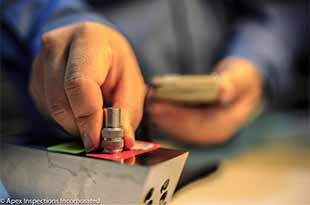 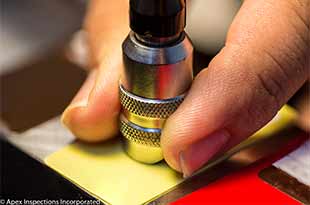 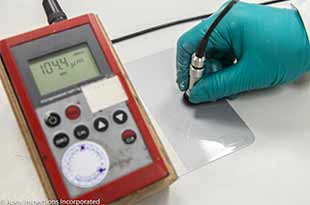